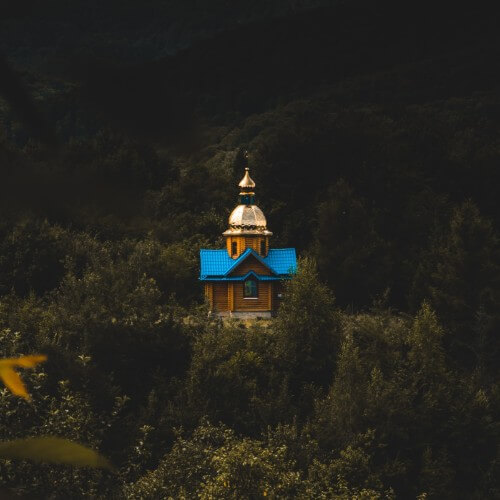 Four Lessons From the Life Of Adoniram Judson - Pt 3

Read Part 2 - A Marriage Made in Heaven?

Three weeks ago I looked at Adoniram Judson’s unusual call to mission, then last week at his remarkable wife, Ann. This week I want to look at four lessons from his life, lessons that are not just historical facts but are relevant to all cross-cultural missionary work, whether we go or whether we send those who go. We can admire Judson’s success as a missionary in Myanmar. His labours resulted in the Burmese Bible translation, 100 churches and over 8,000 Christian believers. But we need to look carefully at what was involved leading to those spiritual breakthroughs. The canvas that his life painted may be larger than ours, but his life’s picture is one we need to study and to learn from for all cross-cultural missionary work.

Firstly, the price in suffering that he paid. “The Judsons were frequently acquainted with sickness, suffering, and death. Three of their children died.” “When war broke out between Burma and England in 1824, the Burmese emperor imprisoned nearly all Western men as presumed spies for the British government. This included Adoniram, who then spent nineteen months in two different prisons, including one overseen by convicted murderers who had been spared death in exchange for serving as jailers! Many prisoners died, but Ann’s devotion kept Adoniram alive. She pestered, begged, and bribed so that she could provide food for her imprisoned husband.” Adoniram was at times hung upside down with only his head and shoulders touching the ground. Suffering, though not on that scale, is a frequent price for those who want to reach the last and the least with the Gospel.

Secondly, the reality of spiritual warfare. “Adoniram’s grief at Ann’s death [from smallpox in 1826] led him to retreat into seclusion, a paralysing year-long siege of depression that overcame him at his loss. He grew increasingly reclusive, finally building a hut in the jungle. He named his hut ‘The Hermitage’ and spent forty days living in the jungle, eating little besides minimal rice rations. He dug his own grave and spent many hours contemplating death. The jungle was tiger-infested, and many locals feared Adoniram would be eaten. When he returned safely from his self-exile, everyone was surprised he had survived.” The high cost of missionary service, the loneliness and the isolation are very real. Missionaries are ordinary people facing unusual challenges. Churches who send out missionaries need to understand this and to support them in strong prayer.

Thirdly, Judson displayed a passion for winning men and women to Christ. Following that dark period when he had hoped to die, “he enjoyed a decade of evangelistic fruitfulness, especially among the tribal Karen people… He used to set out alone on long canoe trips up the Salween River into the tiger-infested jungles to evangelise the northern Karen people.” Whatever the precise nature of a missionary call might be, it must contain a similar passion to win lost souls to Christ.

Fourthly, he long endured, waiting for the spiritual harvest to appear. The first believer he saw in Burma was baptised in 1819, and there were 18 believers by 1822. Bearing in mind that he left the USA for Burma in 1812, that means that first 10 years of labour produced less than 20 believers. Equally, he worked unceasingly at his lifelong goal of translating the entire Bible into Burmese. When he finished it at last in 1834, he had been labouring on it for 24 years. It was printed and published in 1835.”

The following narrative illustrates his unwillingness to rush decisions and to wait for the Lord’s timing. “One of the early disciples was U Shwe Ngong, a teacher and leader of a group of intellectuals dissatisfied with Buddhism who were attracted to the new faith. After consideration, he assured Judson that he was ready to believe in God, Jesus Christ, and the atonement. Judson, instead of welcoming him to the faith, pressed him further, asking if he believed what he had read in the gospel of Matthew that Jesus the Son of God died on the cross. U Shwe Ngong shook his head and said, ‘Ah, you have caught me now. I believe that He suffered death, but I cannot believe He suffered the shameful death on the cross.’ Not long after, he came back to tell Judson, ‘I have been trusting in my own reason, not the Word of God…. I now believe the crucifixion of Christ because it is contained in Scripture.’” Judson’s unwillingness to rush him into faith led to reality in Christ.

Physical and mental suffering, loss of loved ones, a long wait for the coming harvest. Gospel success in Myanmar was won at a very high price. Is cross-cultural work any different today? No, it is not. Is the price worth paying? In the light of eternity for the Burmese or many other people, yes it is!