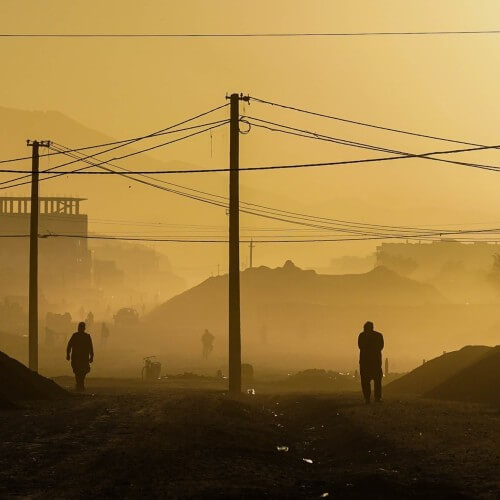 The American withdrawal from Afghanistan, followed by the chaos and tragedy surrounding the evacuation of American citizens and of numerous Afghan people from Kabul airport, was viewed around the world. As the world watched this somewhat shameful event, an obvious question arises: how will these events impact China? Opinions differ widely: Some are positive in the long run: “the withdrawal will free up American resources to focus on China and the Indo-Pacific.” Others are not: “the withdrawal opens a vacuum for China to exploit.” There are three important areas that require prayer.

“Chinese propaganda officials likely will seek to exploit tragic images of America’s abandonment of Afghan partners as proof points of American unreliability and incompetence. These efforts likely will seek to reach two audiences: a domestic one and an international (non-American) one. For the domestic audience, Beijing’s message will be that the United States is not an object of worship… For an international audience, the message likely will be that America’s best days are behind it. Afghanistan is but another way-station on America’s path of decline. China’s rise is the story of the future.” The narrative will be that the 21st century is China’s century.

Area 2. Will China move into Afghanistan?

The short answer is no. China has a very specific requirement for the Taliban, to stop them from exporting terrorists to Xinjiang or anywhere else that might impact China negatively. “They harbour no ambition to run Afghanistan or to turn Afghanistan into a model of their own form of governance. Beijing is master only of its own interests in Afghanistan, which are predominantly animated by security concerns. Chinese leaders worry about the spread of instability from Afghanistan into adjacent regions, including spillover into China. They also worry about the inspiration that Islamic militarism could provide to others with similar aspirations… Beijing will urge the Taliban to deny safe haven to Uyghur fighters and other groups that could destabilise Central Asia or harm Chinese interests in the region or at home.”

Perhaps “over time, China would welcome opportunities to benefit from Afghanistan’s rich mineral deposits and incorporate Afghanistan into its Belt and Road Initiative.” But that is not the first priority.

Area 3. Do these events change the way China views Taiwan?

Beijing would like to advance a narrative… that the United States is distant and unreliable, Taiwan is isolated and alone, and Taiwan’s only path to peace and prosperity runs through Beijing. Chinese propaganda outlets almost certainly will seek to use events in Afghanistan to push their preferred narrative inside Taiwan.” But “fresh memories of events in Hong Kong” speak out a different message.” Secondly, Taiwan is not Afghanistan. “Taiwan is a thriving democratic society … and a close partner and friend of the United States and other countries in the region, including Japan and Australia.” Afghanistan is not. America’s purpose there was very limited. “America’s only vital interest in Afghanistan was preventing a terrorist attack on the U.S. homeland.” That is quite different from the way the US sees Taiwan.

It is a certainty that Chinese President Xi Jinping is still in absolute control in China. Xi visited an exhibition in Beijing on Tuesday September 27th. Normally that would not have attracted much international attention, but it did, because Xi had been absent from the public eye since he returned to China from the SCO […]
Read More...

The Economist magazine recently described how China is rolling out new textbooks on the supreme leader’s Xi Jinping’s political philosophy. The new series of textbooks will become compulsory for all students in Chinese schools, colleges and universities. The clear aim is to present Xi Jinping’s political philosophy to all children across China. The push to […]
Read More...