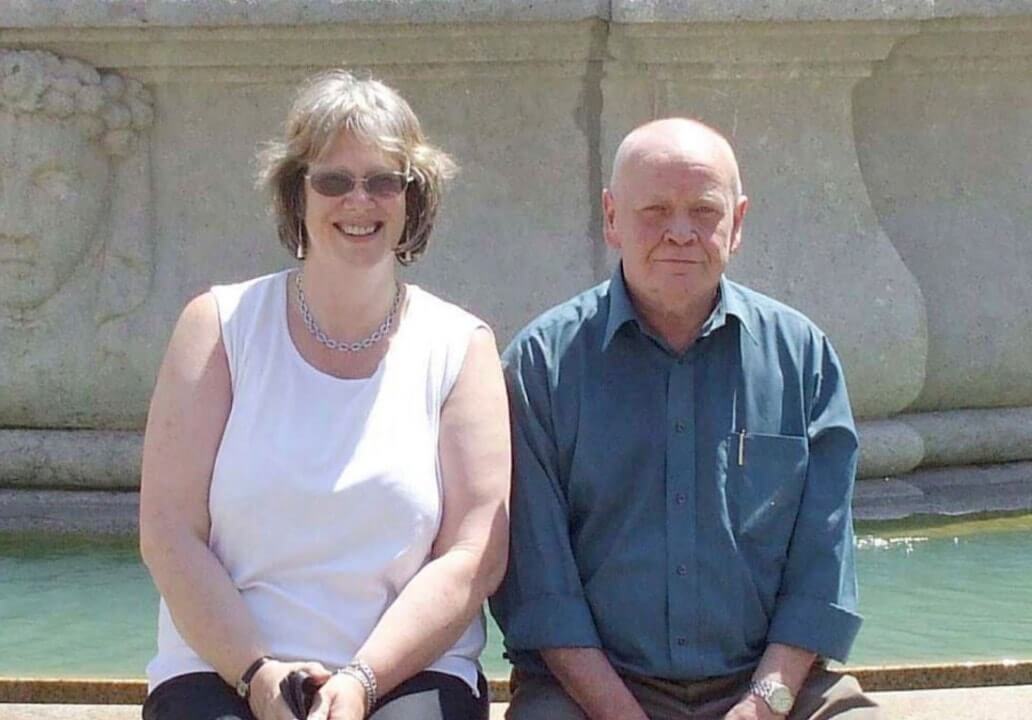 An ‘Ordinary’ Person, Who Made a Big Difference

Do you think your life could never make a difference? Let us show you how you are wrong! Especially right now, how we choose to invest our lives can make a huge impact on others…

Since losing a very special friend and precious team member very suddenly about two weeks ago, Ross and I have been pondering what it was about Jude that made her so special. She was, by her own estimation, a very ordinary person, but she certainly made a big difference to our lives by her unassuming service and ever-willingness to help. Over four decades, she has been someone who has always had our back and been there for us, with utter loyalty and solidarity. She sums up for me the very essence of the word ‘friend’ and makes me feel that everyone in ‘full-time service’ (whatever that means), on the field or at home, needs someone like Jude in support.

Below is an excerpt from the tribute that Ross sent back to the UK to be read out at her funeral, which in these Covid times could only take 20 minutes in total. Three minutes was all the time we could be given for our tribute – three minutes to sum up a beautiful life that meant so much to us!

Christine and I mourn the loss of a special and unusual friend, Judith Corbishley. It was one of those friendships that was totally unique and irreplaceable.

Our relationship started in York in church work, when Jude took up the role of secretary cum PA. When we moved to Singapore and could not at first find the secretarial help we needed, Jude and her husband came out to help, only returning to the UK after several months because of Dave’s health. At that point there was a pause. But when technology advanced to the point where everything was online and digital, I wrote to ask whether she wanted to re-join us. Her response was “you had better not be joking”, meaning don’t mess me around if you’re not serious. I had learnt that you didn’t mess around with Judith over matters like that! So we worked together until the end, though, in theory, she ‘retired’ a few years ago. Her last email to me written a few days before she died contained her plans for her future work!

Jude had an unusual ‘ministry of helps’. She was a helper to both of us, over all the four decades that we knew her. Nothing was ever too much trouble - or if it was, it was generally we (or Dave) who had to tell her to slow down or to leave it to someone else! And it was not only the practical things she turned her hands to - she was genuinely interested in all our family (not having kids of her own, she ‘adopted’ ours to care for in prayer and concern). She also took a deep interest in the rest of the team and was always available to help with any issue that arose.

One of our Mainland Chinese colleagues, who is bilingual, summed it up this way. Speaking of one of the important Christian teaching materials that we have distributed widely in China, Sonia commented: “The set of Derek Prince proclamation cards in Chinese would not have become available in China if it was not for Jude’s involvement in the very early stages. Even though she did not speak the Chinese language, the work she achieved was far beyond what most of us could.” That was our Judith! Don't worry about the fact you don't understand the language; you can still make a difference. And she did, wonderfully…

And now she’s gone. Judith is with the Lord she loved, and He has prepared a place for her. The problem is that we miss her so deeply! A special friend has gone.

One of the reasons why Jude retired when she did, apart from the fact that she was now a widow and needed to focus on her own future, was that she had a major retirement project in mind. Over the years, she had stored all of Ross’ preaches and 20-minute devotional talks that he had given as an encouragement to prayer. She wanted to devote some time to going through all of these, and prepare as many as were suitable, for use on the website. And those that were not sound, she wanted to type up to make them into small booklets and other written material. She did manage to get a whole lot of the podcast messages done just in the last few weeks of her life (you can listen to them here), but sadly much of that target was incomplete. However, the great joy for us, especially during Covid isolation, was that she was herself blessed in going through the talks, and she wrote to say, “God does speak to me, when I am working on these messages!”

To say that we are missing her, now that she has gone, is an understatement! And that would go for our team members and other friends that she renewed contact with when she moved back across town to re-join the church we had planted back in the 80s. She left a mark on many other lives, apart from ours.

So our reflection on Jude’s life, ‘ordinary’ though it was by some standards, is as follows. She has challenged us to be as good a friend to others as she was to us.

I would love to say to anyone who wonders how they can make a difference – you can; just be a good friend! And, if you can, choose to befriend someone who is working in another culture, far removed from loved ones and home. The value to any cross-cultural worker of having friends at home who unequivocally support and have their back is absolutely inestimable. Their debt to you will be unpayable, as ours is to Jude.

And in that way, your legacy too will live on…