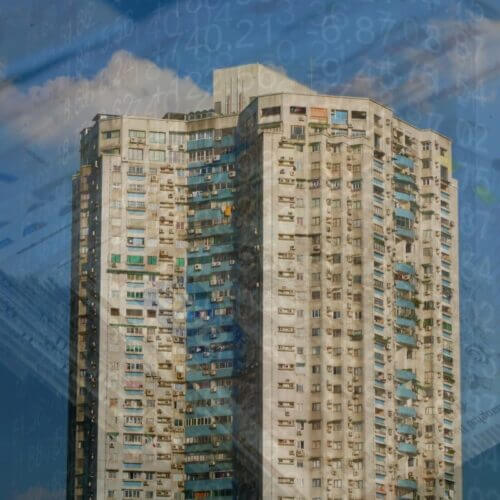 Recently a vlogger in China lectured online about China’s national push for technological self-reliance. As he did that, comments flashed on the screen. They were full of praise for China’s progress under the Communist government. “Our motherland’s five-year plan is so awesome!” But then the vlogger talked about issues like rising house prices. When he did that the comments came equally quickly, but they were very different. “It is impossible for house prices to fall, there is no solution to my despair,” and “Working hard is not the answer, it will not work.”

Writing in the South China Morning Post, Cissy Zhou observes that while the comments reflect “dizzying displays of nationalism, they also provide brief windows into what some political analysts say is the ‘serious divergence’ between China’s booming economy and the personal prospects of ordinary people.” One assistant professor of economics defined the issue this way: “I believe young people’s confidence in the macro-economy comes from the bottom of their hearts, because they look at it from the perspective of the central government. However, when they shift roles and go back to their own life, the distress is all too real.”

The Chinese economy was the only major economy to increase in 2020, the year of Covid-19, but “young Chinese, in particular, are taking to online platforms like Weibo to voice despair over skyrocketing house prices, widening inequality, and the increasing price of everyday goods.”

Take, for example, house prices. “China’s housing price-to-income reached a 20-year high of 9.2 last year – meaning the average house price is more than nine times the average income per household – despite repeated assurances from authorities they would stabilise a price boom that started in 2008.”

Or compare the cost of food. “Food prices rose 1.2 per cent last year, with the cost of fresh meat increasing 7.1 per cent and the price of pork up 49.7 per cent, according to the National Bureau of Statistics. In January, vegetable prices also rose dramatically, with green peppers, wax gourd and cabbage increasing by more than 30 per cent, the Ministry of Agriculture said.”

A Chinese commentator defined the issue in this way: “This brings us back to an old question in economics and political science: what is the ultimate purpose of our economic development? Is it for better looking GDP figures, or is it for people’s sense of access and satisfaction?”

At this time, the emphasis is on GDP increase, but the comments of China’s less well-off citizens suggest that they may be proud of their country, but that does not feed them or house them as they would like. “In 2019, China’s private consumption accounted for about 39 per cent of GDP, which was about 30 percentage points lower than the US and Europe. It was also about 20 percentage points lower than developing countries such as India and Brazil.”