Published on January 7, 2022
China News
No comments yet. Feel free to leave one! 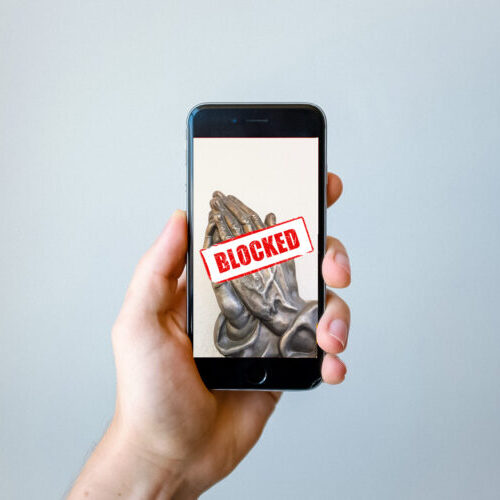 China’s National Religious Affairs Meeting was held recently in Beijing, the first one for four years. The meeting was presided over by Premier Li Keqiang. President Xi JinPing in a defining speech at the meeting stressed that religious affairs in China should be “regulated in accordance with the country’s socialist society”. “Religious activities should be carried out within the scope stipulated by laws and regulations … and should not interfere with educational, judicial and administrative affairs as well as social life,” Xi said. In that case, religion must become in effect silent and irrelevant to the lives of Chinese citizens.

One specific and important element of that has subsequently been revealed, which is that “China’s Measures for the Administration of Internet Religious Information Services ban unlicensed online groups or ceremonies on the Internet except that they conform to very strict guidelines.” The new rules state that “applicants for a licence to disseminate religious content online must be an entity or individual based in China and recognised by Chinese laws, and its main representative should be a Chinese national. Under the rules, applications must be made to the religious affairs department of the local government for a licence that will be valid for three years.” These regulations will come into effect in March 2022. In summary, it will become illegal to post online without a licence, and these licences are controlled by Chinese authorities who are by definition opposed to the posting of any truth that differs from Marxist doctrine.

I reached out to our Mainland Chinese colleagues to see how they responded to these new regulations. They shared two key thoughts with me.

1. Persecution actually causes the church to grow over a period of time and not to decrease.

That certainly was the lesson of the Great Cultural Revolution. “As the Bible says, the more they were oppressed, the more they multiplied and spread (Exodus 1:12). More Christians in China will be raised up after this crackdown. We recently got news from some brothers and sisters in China, they said this is the first time they found it vital to read the Bible more. There is a revival coming among the Chinese Christians.”

2. Necessity is the mother of invention!

“It is impossible for China to cut off all cables and stop all the connection with the world now.” As long as there is internet inside China, there is a way for Christian ministries to serve them online. Certain channels may be closed down, for example, our WeChat platform. But ”we have already successfully led all the old users of our WeChat platform to our websites. We call it ‘the online Exodus”. We have already prepared.

Therefore “It is critical to have all kinds of new media to reach the Chinese followers everywhere (not only Chinese inside China mainland, also overseas Chinese everywhere). We will use different formats such as eBooks, PDFs, audiobooks, videos, short videos, graphics with quotes, different platforms including all our websites, APPs, YouTube, Instagram, Twitter, TikTok etc. There are a lot of hungry lambs without shepherds and they are searching for food everywhere. So there is an audience waiting to be taught and built up.” The team will ask the Lord to help them work out how to feed these people with the word of God.