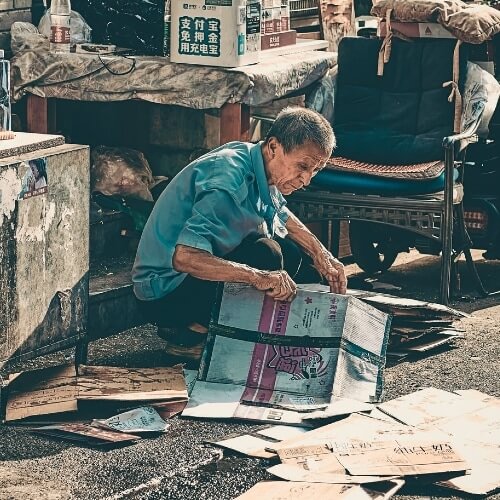 The Chinese Church and Heresies

Recent pressures faced by our Christian brothers and sisters in China are clear. 2020 saw the closing of churches because of the Covid-19 pandemic. Some churches are now beginning to reopen. At the same time increasing reduction of freedom of religion in China from government sources, including the demands to conform to Marxist doctrine in their teaching, puts much pressure on some leaders. A third pressure continues to cause pain and difficulty: the dangers of cults and heresies, dangerous especially to believers who are not well taught in the Word of God.

The World Of Chinese Magazine reported this in an article entitled “The Families Torn Apart By Eastern Lightning.” “Also known as ‘Church of Almighty God’ (全能神教会), the forbidden religious group keeps attracting members”, although it is officially labelled as an illegal cult. The magazine reported on one such case. “To Long Daibing, his wife might as well be dead. After she walked away from the family last year, Long, 47, at first did his utmost to find her, handing out flyers in nearby villages and reporting her missing to the police. Their 21-year marriage had been good and their family life with three children peaceful. On his phone, Long still has her last letter to him. ‘Please tell your grandmother and your dad that, because the circumstances are evil, I’m leaving now to hide from the circumstances. When the circumstances get better I’ll return. Don’t look for me, it will be a waste of money. Don’t call the police.” Long’s wife had gone to live with Quannengshen, or the Church of Almighty God, one of 14 religious groups that the Chinese government has banned and designated as cults.

The heresy was founded by a physics teacher and part-time preacher named Zhao Weishan in the early 1990s in north-eastern China. The group claims that Jesus reincarnated as a Chinese woman reportedly known as Yang Xiangbin, Zhao’s alleged mistress.” Six years later, somewhat amazingly, Zhao and Yang received asylum in the United States, where the group is now headquartered. “In May 2014, the organisation gained widespread attention both in China and abroad when six of its members in a McDonald’s in eastern China beat a woman to death, after she refused to give them her phone number, in an attack caught on security cameras. Two of the perpetrators were sentenced to death.”

Sources suggest there are up to 2 million members and that the group still manages to attract new members, many of whom, like Long’s wife, end up leaving their families. Few return. “Eastern Lightning commonly targets women from rural areas whose husbands are migrant workers – China has more than 30 million such ‘left-behind wives’, living without their partner and taking care of children and the elderly while marooned in villages. The group’s preachers approach such people, pretending to be regular Christian clergy.” Once persuaded, these new recruits may be pressured to donate their savings. Such untaught people, whether Christian believers or not, are vulnerable to this well programmed deception. The group makes leaving very difficult.

Sources: The World Of Chinese Magazine and Sixth Tone