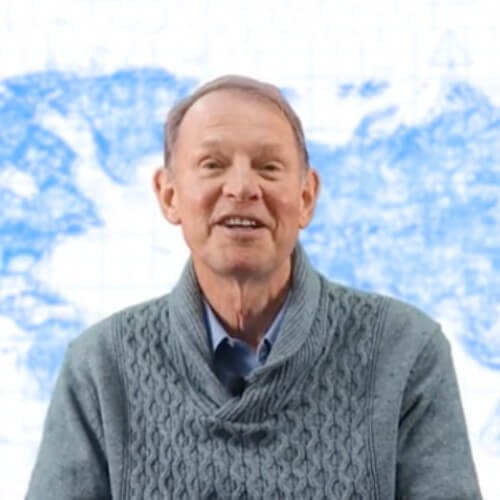 This video is the first in a 5-part series on the topic of calling.

Part 2 - Why It's Important to Know Your Call

Colossians 3:17: “Whatever you do, whether in word or deed, do it all in the name of the Lord Jesus Christ.”

In this first video in a short series on the topic of calling, lifelong missionary Ross Paterson starts with a fundamental question: Does everybody need a call? Do we all get a call? Or is it only the exceptional Christians who receive a ‘proper’ calling from God?

“But you will receive power, when the Holy Spirit comes upon you: and ye shall be my witnesses both in Jerusalem, and in all Judaea and Samaria, and to the ends of the earth.”

Jesus sent his followers to Jerusalem (local area), Judea (nation or region), Samaria (nearby nations) and the ends of the earth. A modern, western example of this might be you, living in Los Angeles, USA. Here’s how the equivalent would work:

We often think we only need a call if one is called to serve somewhere far away! But in the New Testament, we find examples of calling both to the nations and the local area in the figures of Paul and Peter. Paul was called to spread the gospel to the gentiles, whereas Peter was called to his homeland in Jerusalem. The other difference between them is that Paul’s calling happened rapidly, whereas Peter’s took much longer – and both are valid.

We see in Acts 9 that Jesus appears to Paul on his journey to Damascus (to persecute the Christians there) and is immediately told to continue to Damascus and wait there for Ananias. He has encountered Jesus but remains in the dark (both literally and figuratively) for a short time until we read in verse 15, where Ananias is told:

“Go thy way: for he [Paul] is a chosen vessel unto me, to bear my name before the Gentiles and kings, and the children of Israel.” (ASV)

Paul’s calling becomes very clear within three days – less than ten verses! And he is very aware of his call, as he recounts later in Acts 26 to King Agrippa.

As we see throughout the gospels, if anybody is going to make a mistake, it is likely to be Peter! When Jesus tells the disciples of his coming crucifixion, Peter tries to dissuade Jesus from going to Jerusalem, and Jesus rebukes him for this. He also denied Jesus three times during Jesus’ trial. Peter’s initial call comes long before, when Jesus says, ‘come follow me’ and Peter left his nets. But it is not until years later, at the end of the gospel of John (chapter 21), when we see Peter receive his call from Jesus after the resurrection with the words ‘feed my sheep’. The sheep end up as the church in Jerusalem, from which the good news to the nations emanates. So, although Peter may not appear to be the ideal candidate from the outset, by the time he receives his call at the end of the gospels and into the early chapters, we see he is on fire for Jesus.

Peter and Paul may have received calls to different areas, local and cross-cultural, but both needed calls, even if they came at different speeds! This may also apply the other way around; a call to cross-cultural missions may take a long time to develop and vice-versa. Here are the common factors between them:

Regardless of the specifics of your call, we all need one! Not only do we need a call to travel to a far-flung destination, but also if we are to remain in our hometown. Here are three common factors between these – and any other calling in between.

Every calling begins with saying yes to Jesus. As we encounter the real Jesus and are impacted by Him, the Holy Spirit changes our hearts so that we begin to think like Paul in Philippians 3:8:

…I count all things to be loss for the excellency of the knowledge of Christ Jesus my Lord: for whom I suffered the loss of all things, and do count them but refuse, that I may gain Christ”

As we seek to gain Christ and go deeper with Him, that which we once valued pales into insignificance. Furthermore, our ‘yes’ to Jesus prepares us to be sent by him, either to the end of the earth or the end of our street!

The Holy Spirit dramatically empowers Peter at Pentecost, Paul, when Ananias prays for him. It is only once the disciples have received the Spirit that the church begins its rapid growth, starting with Peter’s sermon. Paul, filled with the Holy Spirit, is equipped for his years of mission to the nations across Asia and Europe.

Similarly, for each of us, we cannot pursue or fulfil any calling without the empowerment of the Spirit. Indeed, Paul is told by the Lord that His power is made perfect in weakness.  We should be intentional and proactive in our quiet times to remain in step with the Lord’s will for our lives.

Paul’s persecution did not come as a surprise to him. In Acts 9:16, the Lord tells Ananias that He will show Paul that he would suffer much in his mission. Jesus also forewarns Peter in John 21 of the nature of his execution. Throughout the gospels, Jesus doesn’t shy away from telling us that His disciples will suffer and make sacrifices as they carry their cross for Him day by day.

Does that mean we should avoid the call at all costs as Jonah tried to? Of course not! We need our calls to press through and fulfil what Jesus has done for us. The call to Asia for Ross Paterson was life-changing and costly in countless ways, but He would not swap it for anything. We hope you will make the same choice!

Questions To Reflect On