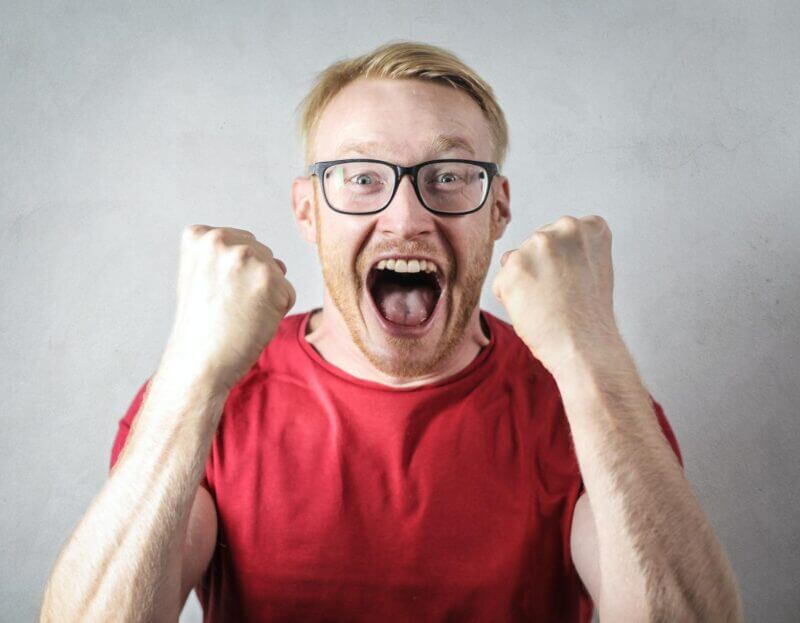 << Read The Previous Post - He Took His Time But He Made It!

John 20:1-10 begins the Easter narrative. Jesus is risen! Scripture Union restricts us to those ten verses today, which is frustrating! But Word For Today has a powerful insight that brings the passage alive.

“In Bible days when you wanted a fine piece of furniture made, you picked someone with a reputation for excellence – a master carpenter... But these carpenters had an interesting custom. When a carpenter completed a job, he took off his apron, folded it up, and set it on his finished work, signifying the job was complete. Note the words ‘the cloth that had covered Jesus’ head was folded up’ (John 20:7 NLT). The master carpenter had finished the job. Our salvation was complete. You don’t have to work to be saved, you only have to put your trust in Christ, and your sins are forgiven and your place in Heaven assured” (Word For Today).

“The master carpenter had finished the job.” Hallelujah. “The resurrection distinguishes Christianity from all other religions.”  “Jesus has forced open a door that has been locked since the death of the first man. He has met, fought and beaten the king of death. Everything is different because He has done so. This is the beginning of the new creation. A new chapter in cosmic history has opened” (C. S. Lewis).

Verse one sets the tone. It tells us that through the resurrection comes the beginning of God’s totally new order, an eternal order. But it was also ‘dark’. “Now the first day of the week Mary Magdalene went to the tomb early, while it was still dark, and saw that the stone had been taken away from the tomb.” “‘The first day’ echoes Genesis 1:3-5, the beginning of creation, when God commanded light to appear and life began. So on this ‘first day of the week’ re-creation commences as Christ overcomes all that would destroy life, and new beginnings become possible for believers. Whatever had happened previously, God was doing a new thing. True, it was ‘still dark’ – a word which has symbolised evil (John 3:19; 8:12; 12:35; 13:30). The effects of sin and of Satan’s handiwork were not going to be banished suddenly or automatically. Rather, the message was to spread as the dawn does. Gradually the news would extend around the world. Gradually people would wake up to its significance. Gradually lives would be liberated, forgiven, and transformed, until eventually creation itself will find total healing when Christ returns.”

It is so helpful to have these ordinary human beings, just like you and me, as the key players in the story. “The messenger was as unlikely as she was unexpected. Mary was of doubtful reputation. Mary was a woman. Yet she was the first to break the news. God trusted the unacceptable and the unlikely with the unexpected.”

“John arrives first – I love the fact that he puts it on record that he was a faster runner than Peter, an incidental detail that feels utterly real. He looks through the entrance but doesn’t enter. Peter arrives later and boldly steps into the tomb” (Mike Archer).

“But we are told that in the midst of this John ‘saw and believed’ (v8). In his gut he knew that Jesus had been physically raised from the dead, although he couldn’t at that stage make sense of it (v9). He recognised that, against all the odds, somehow something amazing had happened to Jesus.”

“Peter had no such inhibitions, even though, to a good Jew, contact with a dead body would have meant ceremonial uncleanness.”

“But though Peter saw the evidence of the discarded burial clothes it made no sense to him. In contrast the other disciple, who saw exactly the same thing, believed. But even for him it was an elementary trust rather than a complete understanding.”

The Bible Knowledge Handbook observes that between Peter and John three words for the English verb “to see” are used. “John bent over and looked (blepei) in but did not enter the tomb, probably for fear of defilement. When Peter . . . arrived he rushed in and saw (theorei, “beheld attentively”) the grave clothes and the separate burial cloth. He must have remained inside puzzled at what he saw. After a period of time John went in and saw (eiden, ‘perceived’ – the third Greek word for ‘see’ in these verses) the significance of the grave clothes and believed.”

Are you and I in the ‘blepei’ or ‘theorei’ stage, or have we fully reached John’s ‘eiden’ (to perceive the real meaning of these events) – do we fully see the significance of the empty tomb so that it has forever changed our lives? He is risen. Hallelujah!