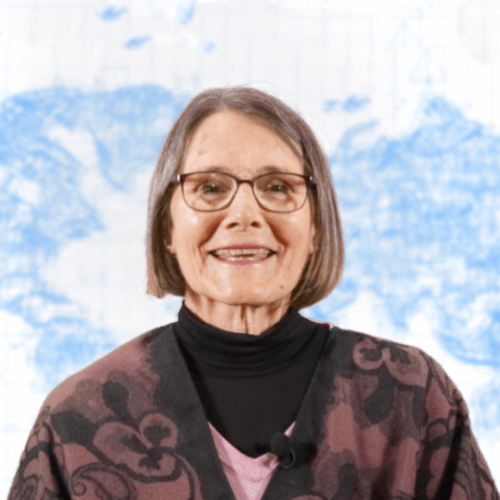 Part 2 - Why It's Important to Know Your Call

In this bonus session of the series on the topic of calling we will look at the important issue of those who don’t feel called, which we felt was a common problem and, therefore, important to address.

Our good friend and partner Henry Vermont, founder of Didasko Academy addresses this in their ‘Roles of Mission’ course. He helpfully covers this, pointing out that this situation can lead to two opposing problems.

Firstly, people may feel discouraged and overlooked by God, asking ‘am I not good enough that He would call me too?’ Or they might feel relieved not to be among the ‘called ones’ and feel free to pursue their own career or passions.

But Henry’s point is that we all are called. First and foremost, we are called into salvation! As Paul writes in 2 Thessalonians 2:14:

“He called you to this through our gospel, that you might share in the glory of our Lord Jesus Christ.”

And we are also called into service. For example, 1 Peter 3:9 says:

In addition to both of these, we are all given a shared command by Jesus in the great commission.

“Therefore go and make disciples of all nations, baptizing them in the name of the Father and of the Son and of the Holy Spirit, 20 and teaching them to obey everything I have commanded you.” Matthew 28:19-20

This is supposed to be a self-replicating process. We are first discipled ourselves into obedience to Jesus, and then we bring others to faith and disciple them. That is how the church is meant to grow.

Henry offers an interesting mathematical equation: 'The Great Commission + Our Response = Our Calling' 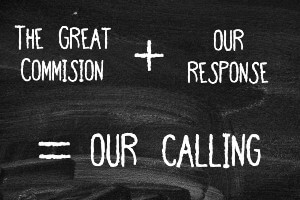 Do you agree with that? Share your thoughts in the comments below!

An Imperative for all Believers?

In general terms, we would concur with it. If everyone who comes to faith takes it for granted that being called into service is something that they need to receive and obey, then that puts the whole church on an active footing. After that it no longer becomes an issue of whether or not we are called, but rather, we are seeking specific guidance as to where I am to be deployed in God’s harvest field. Does he want me reaching out in my immediate area? For many of us these days would still be cross-cultural to some extent! Or, am I called to leave home to a foreign context, which is a far bigger undertaking.

It is still our view that to take the latter on, a deeper level of calling and guidance is required for all the reasons that we have outlined in the previous videos. Furthermore, this is something that needs to be embraced by more than just you. As well as the individual, the couple or the family, their church community also needs to endorse, so they can truly get behind them and champion them as they go.

But maybe for all of us we need to consider the challenge that Henry brings as a starting point. Do you truly agree that a calling into service is not an optional extra, but is am imperative on us all in some form?

It is also true that not everybody receives an end-of-the-earth calling in exactly the same way. Two of our recent interviewees said that the Lord’s calling to them had been progressive; first to China, then to Japan in one case, and to Turkey in another.

I noticed the words used by another interviewee, that He felt the Lord saying ‘If you are willing to go, I will call you!’ which is an interesting way around – as if the calling is dependent on the willingness. What’s your view on that? Let us know in the comments below!

One further verse is useful to ponder. Have you ever considered Jesus’ words to His disciples in Matthew 9:35-58?

Jesus went through all the towns and villages, teaching in their synagogues, proclaiming the good news of the kingdom and healing every disease and sickness. When he saw the crowds, he had compassion on them, because they were harassed and helpless, like sheep without a shepherd. Then he said to his disciples, “The harvest is plentiful but the workers are few. Ask the Lord of the harvest, therefore, to send out workers into his harvest field.”

The key point here to note is that it is a local context that Jesus is talking about, where the harvest is plentiful, but He is saying, even here, that the workers are few. So he tells the disciples to pray for the Lord of the harvest to send out workers.

That is the end of that chapter, but at the beginning of the next, we see the following:

“Jesus called his twelve disciples to him and gave them authority to drive out impure spirits and to heal every disease and sickness.” Matthew 10:1

Then he sends them out (Verse 5) as the answer to their own prayer. Often that is exactly how this works. By spending time with God, we catch His compassion for those who do not know Him. We pray for those needs to be met, and before we know it, we are sensing His call to go ourselves and reach out, with His authority, and His care to preach and to heal.

For some, that sense of calling will push them out to truly go to the remotest parts of the earth. To the many people-groups and cultures where He is not yet known.