Published on May 16, 2020
Interviews
No comments yet. Feel free to leave one! 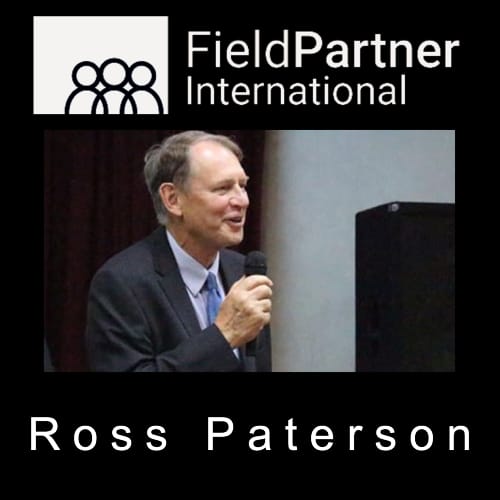 We hear from co-founder Ross Paterson sharing his experiences from over 50 years in the mission field.

It’s more than 50 years since Ross Paterson (founder of FieldPartner with his wife Christine) left for the mission field, with the backing of just one church behind him. At the time he was single and determined and sure of God’s
leading, but he was also completely untrained in cultural terms. His first ten years spent in Taiwan were fruitful but they were also hard, as was the case for Christine when they married six years in.

By the grace of God Ross survived and has continued with longevity in service to China and the Chinese, but doing it the way we did is not what we recommend. That is what Ross stresses here, from his own experience. Indeed the very purpose of FieldPartner is to help those wanting to serve God in another culture to be well prepared for the challenges and then to thrive in their service.

In this interview Ross describes his own journey and how God called him clearly to serve the church and the people of China. Over the years he has lived a total of 23 years in Taiwan and a further 13 in Singapore - making a substantial part of his life spent in Asia. The Patersons still live in Taiwan, but plans are afoot for one more major transition back to the UK before too long!

Why not check out our YouTube Channel for more interviews, bible studies and other resources?