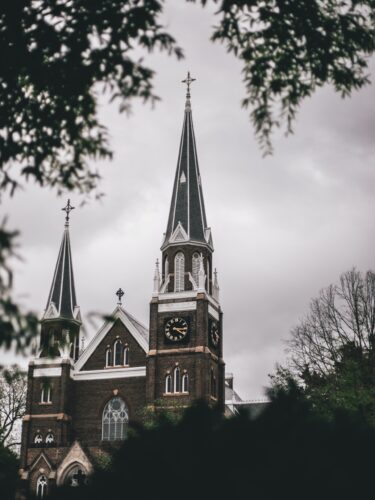 You are a new missionary recruit about to depart for your assignment abroad. You are theologically trained, you have experience of ministry and you are very, very clear about your ‘call’ to go where you are now headed. BUT – and it’s a big ‘but’, though don’t realise it yet – you have not had any cross-cultural training at all and don’t even know what you are missing! You have no idea of what is just around the corner in terms of culture shock after you arrive, or how long it might take you to get through it. You have commitment, you have zeal, but you are also just a tiny bit clueless!

That is exactly the scenario my husband and I were both in, at separate times, several decades ago. We were independent missionaries sent out by a single church with no agency involved, and it was back in the ‘old’ days when that was still quite unusual. My husband Ross went first, arriving in Taiwan just over 50 years ago. Our church in the north of England sent him out with the backing of committed prayer and the support of one offering per year, the Harvest Thanksgiving offering each autumn. That one offering was sufficient for his annual needs for six years as a single missionary, and when we married in 1975, it doubled to meet both of our needs! That was amazing, and we felt very honoured. However, there was a lot about that ‘sending' that was not ideal. For one thing, no one thought about the need for pastoral oversight and accountability. Also, prayer support gradually dwindled, as time passed and as those who had known Ross in the early days grew fewer, with the church growing and some folk moving on. Moreover, as I say above, no one knew that what we were lacking when we went out, both of us, was cross-cultural training – or even on-field orientation and mentoring, which we also lacked. So mistakes were made that could have been avoided and there were some painful experiences that we’d sooner forget!

These days, we are aware that many, with a strong sense of ‘calling, are going out similarly untrained, on business or student visas, perhaps, and into ‘closed’ countries. They are likely to face many of the same issues we faced, and we’d like to help. We are also aware that this can particularly be the situation faced by many from the “new sending countries”. These are nations that don’t have a long history in sending missionaries to other cultures; yet they have read the Bible, they have embraced the Great Commission and they are eager to see how they can play a part in reaching out to other people groups with the precious gospel. Often, they are willing just to go, and their churches are willing just to send – but there may not be much planning behind the going and the sending. The go-ers can easily land up in difficulties because of not understanding the unique challenges that will be faced on the front-line of missions. And the senders can easily become disillusioned, because the ‘results’ are not what they anticipated when they took this route. 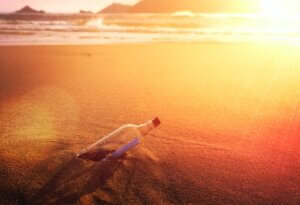 Without solid groundwork from senders and cross-cultural workers, 'message in a bottle'-style cries for help may emerge.

The main problem, again, is we don’t know what we don’t know when embarking on this journey – and the people who back us to go, the senders, don’t necessarily know either!

So here are some things for both sides to ponder:

1. We say this rather frequently, but it bears repetition because it is so important: sometimes it’s our own cultural norms and biases that trip us up and hinder us in the process of cultural adaptation. So it’s important to become aware of ourselves as a product of our own culture first. Having a learning posture and real openness to the new culture presupposes a measure of letting go our own culture’s ways and behaviours. Indeed all of us might do well to ask ourselves how biblical our worldview and behaviours are, when measured against the Kingdom values that Jesus came to bring (see Philippians 2!).

2. We also don’t know how this other culture will impact us. Culture shock is a real thing, and there are stages to progressing through it. It’s important for everyone to recognise that cultural adjustment can take a long time, especially if there is a difficult language to learn, so don’t be looking for ‘results’ (whatever they are in your mind) too early in the process – you will only be adding to the stresses that are experienced on the field! Furthermore, it is often at the very point where culture shock is at its very worst (at the bottom of the curve, if you like) that, paradoxically, your missionary may actually be turning the corner and starting truly to adjust. But that is the point where many, for want of knowing this, can give up and leave – or simply opt out! You, the senders can be there to cheer them on through all their struggles.

3. This is another key point: often neither we nor the churches that send us know how much, and what kinds of, support we need for our endeavour. As important as prayer and financial backing are (the two needs we all normally think about), it’s often moral support and encouragement that folk on the field feel the need of most, and yet far too frequently lack, from those back home. For the want of this understanding, too many of those who are sent out simply don’t make it, and that is truly a tragedy! That is one major reason why we advocate the formation of support teams for each missionary individual, couple or family. As senders, please consider the value of this.

4. Then of course there is the challenge of spiritual warfare. Those who want to be effective in the “ends-of-the-earth” endeavour need to understand that, in embarking on this journey, they are stepping out on to the front line in this warfare, and they truly have an adversary who hates them (1 Pet 5:8)! Many a new recruit has experienced the fierceness of the battle in the early days, when it feels like ‘all hell’ is breaking loose against them. In actual fact, it is satanic opposition they are encountering, and they need to know how to take their stand against it. Their support networks also need to understand how to support them through it. (Take a look at Exodus 17:10-13 to see the importance of this principle!) …

5. Finally, as go-ers, we often have no clue how much this journey is going to change us. It will change us to the point where we may never again fully fit in back home. Are we and those who send us aware of that? Is that part of the cost that we have all counted in seeking to be obedient to God’s call? We urge that provision be made for adequate debriefing and support in the readjustment process through the rigours of re-entry to the passport culture. This is especially important if things somehow went wrong on the field, or there was insufficient ‘closure’ for whatever reason. Often in these circumstances, our returnees are living with a feeling of failure and deep discouragement; they will need even more sensitive care from you, the senders, to get back on their feet. Please honour and value your returning missionaries for the price they have paid. They are, potentially at least, a priceless resource for mentoring others you will be sending out!

These and other topics are what we cover in our FREE courses on our training platform. We feel there is value in at least some at the sending end doing the training as well, so as to be able to recognise symptoms of culture shock or embattlement and be there to help. In addition, we are also a portal to other sites with more courses and resources offered. We even offer a curated pathway for those who are preparing to go, those already on the field and those who have returned – and for you the senders – so each can find the help that is needed.

We invite you to check us out, whatever stage you are at in your journey. Our target audience is both the Go-ers and the Senders so that – at both ends of the equation – we might know what is involved in a successful crossing-culture experience. The goal is that all those who are going should be able to thrive, and not just survive, and do so for the long haul.

With our own background and experience, the newer sending country that is most on our own hearts is China! In view of some extra unique challenges experienced by those going out from there, and the dearth of training materials to help them, we are also building a Chinese language FieldPartner School of Missions. Both the English and the Chinese sites will be available for any who are interested, and subscription, as I say above, is completely free (though donations are welcome!).