Published on November 11, 2017
Blogs, Missionary Heroes, Ross Paterson
There are 2 comments so far. Join the conversation! 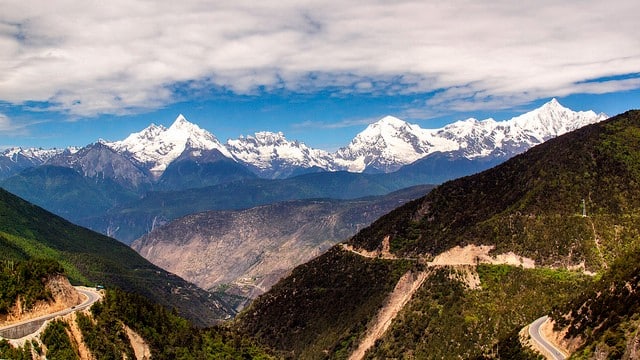 Who is J O Fraser?

James Outram Fraser (J O Fraser) is one of my spiritual heroes and missionary mentors. We never met in the flesh, but the impact of his life on me is huge. And yet despite his immense success, he is not as famous as other ‘top’ missionaries. In his book “The Second Act”, Stuart M. Simpson writes: “The story of James Outram Fraser (1886-1938) is not as familiar as other famous British missionaries such as William Carey (the so-called ‘Father of Modern Missions’), J. Hudson Taylor (founder of the China Inland Mission, now called OMF International), or David Livingstone (the great missionary explorer to Africa). Taking place every year, Urbana is one of the largest student missions conferences in the world. In their blog entitled, ‘21 Missionaries You Should Know’, you will not find James Fraser mentioned.” Simpson adds: “The mission movement I have been with for over twenty years, Youth With A Mission (YWAM), has published a range of books in a series entitled ‘Christian Heroes: Then And Now’. This includes many missionaries, but Fraser, once again, is not included. However, he is one of the most successful missionaries in modern times!”

I also agree he should be ranked up there with those other heroes. Not because I want in any way to idolise a man. But because there are such special and relevant lessons we can, and indeed must, learn from his life and ministry. Logically, if we do not know who he was and how and why God used him, it will be hard to learn anything at all from his life!

What was his impact?

The results of James Outram Fraser’s ministry in China amongst the Lisu minority people speak for themselves. “Going to China with CIM (the China Inland Mission), he was stationed in the then remote province of Yunnan to work with the local Chinese. The first 7 years of his ministry there were marked by work amongst the Lisu, with strong prayer for them – and there were very little if any results to show for his labours and his intercessions. But by 1918, sparked by family evangelism carried on by the people themselves, 600 believers had been baptised.” (Wikipedia).

According to OMF International estimates, as of 2008, there were over a million Lisu Christians in China’s Yunan province and in Burma. Yet when Fraser began his ministry amongst the Lisu there were no believers and no Christian churches. Today, “Christianity is thriving in the Salween River valley, where the Lisu live nearly 70 years after the death of Fraser. Of the 18,000 Lisu who lived in Fugong in 1950, 3,400 professed faith in Christ. As of 2007, there are estimated to be 80–90 percent of the 70,000 making the same profession. In Yunnan it is estimated that there are 100,000–200,000 total Lisu Christians in the Lisu Church. More than 75,000 Lisu Bibles have been legally printed in China following the explosive growth.” (Wikipedia)

Why is his work important?

In this day and age where the spread of the Gospel is met sometimes by hostility or indifference, surely it is worth studying this man’s life. He started in a totally spiritually barren field of work. But the result of his labours under God is that the Lisu people group, one of China’s perhaps 400 or more people groups, have the highest percentage of believers of any such group.

I first encountered Fraser after I had already served 10 years on the mission field, having worked in Taiwan from 1969 to 1979. I returned at that stage to England with my wife and then one child and was invited to work with OMF to help launch their “resurrected” China programme, as China began once more to open up to the outside world in the 1980s. As part of my UK-based duties, I offered OMF books for sale at the churches I visited. I quickly found myself promoting Fraser’s “The Prayer Of Faith” as much as any other book! Through that book, I had the privilege of making Fraser’s acquaintance, at least in a literary way. Like many, up to that point, Fraser had been hidden to me, and I don’t believe I’d ever heard reference to his name before working with OMF.

What I discovered is that the lessons we can learn from Fraser’s life are integral and vital to our own success as cross-cultural missionaries and indeed as believers in whatever call God has on our lives. Whether it be the lessons from his life about the missionary experience. Or whether it be his walk with the Lord, his emphasis on prayer, his engagement cross-culturally with the people with whom he worked, or a number of other factors – all these things are so critical to our instruction today not just as cross-cultural workers but as those who send cross-cultural workers from our churches or missionary sending agencies.

And so in the days to come, I would like to share some of the lessons from his life. I hope to be challenged and encouraged afresh myself; and I hope Fraser’s amazing life will do the same for you!