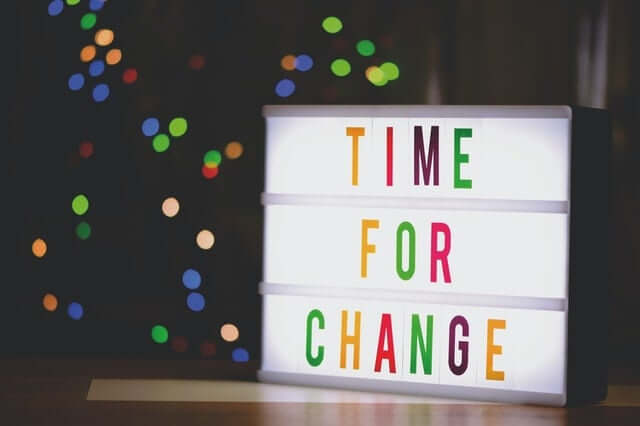 John 21:1-14 tells how the disciples returned to Galilee and then went on an overnight fishing trip. How come? It seems so routine, so ordinary. Jesus has risen from the dead, they have met Him twice, surely everything should be different? But in fact they are back where they started when they first met Him in Matt 4:19-20: “And Jesus, walking by the Sea of Galilee, saw two brothers, Simon called Peter, and Andrew his brother, casting a net into the sea; for they were fishermen. Then He said to them, ‘Follow Me, and I will make you fishers of men.’ They immediately left their nets and followed Him.” The clocks seem to have gone back three years – except that now they knew He has risen from the dead. The question was – what did that mean for them?

Tom Wright said: “This is a whole new world. It isn’t magic. It isn’t ghostly. It’s real, but it’s different”. That to me is the key. It is totally different, the Lord is about to break into world history with the book of Acts which will change everything. But it is on His terms, in His timescale, in His way. It seems so ordinary – they go fishing, and He cooks breakfast. No angels with trumpets, lightning flashes or whatever. Just Jesus meeting with His disciples in fellowship and the recognition that He is in charge.

There are times like that in our lives when God clearly is going to do new things. The old has run out of time but the new has not started. “The disciples had gone to Jerusalem and had experienced a tumultuous series of events: the Triumphal Entry, the expectation of a new kingdom, a betrayal by a trusted friend, near arrest, denial of Jesus by their leader Peter, the agonizing crucifixion of Jesus, the Resurrection, and the manifestations of the risen Lord.” That old period has passed away – but what now?

Sometimes the struggle is just there. The key is that He wants to take over, He wants to do it His way. The disciples were not wrong – Jesus had told them to go back to Galilee and He would meet with them there. “Without explanation, these disciples are back in Galilee. We have to go to the other Gospels to find out that Jesus had said He would meet them in Galilee (Matt 28:7-16), which suggests that John may have expected his readers to be familiar with details recounted by the other evangelists.”

“Peter wanted to get on with life, go back to what he knew and could handle – and so the disciples went fishing.” Peter wanted his old way. Jesus wanted transition to His new way. What then are the transition lessons that we can learn for us today?

Firstly, often in transition we do not recognise Jesus is there. In this new period of their lives not only are they not clear what He wanted them to do, but they don’t even recognise Him. “But even later, as He cooked the fish, the other disciples weren’t sure. ‘None of the disciples dared ask Him’ (v12) yet they somehow knew. This is very strange – but so were the circumstances and so was Jesus’ resurrection body, like and yet unlike the Jesus they had known before. He had breakfast ready and served them just as He said he would (Luke 12:37).”

If I am going through transition now and am stressed, could it be that He is there in the process yet I just have not recognised Him?

Secondly, relationship with Him comes first before the new ‘task’. “It reminds us that these disciples were Jesus’ friends and that He wanted to spend time with them (c.f. Luke 22:15). We may remember that the core to the calling of the apostles was the call to community (Mark 3:14). His cooking breakfast reminds us that, to Jesus, people are never just a means to an end.”

Thirdly, we have every reason to trust Him as we go through a transition process. “What surely this passage also says is that if these things are in place, if there is hunger and openness to Him, then, even in the midst of doubt and confusion and lack of clarity as to where and what we should be doing, we should expect as the norm that He can and will step in and turn our fruitlessness into exceeding fruitfulness. That is the thrill of this passage – that the norm of Jesus is that Hand on our lives promises abundant fruitfulness – 153 of them!”

In tomorrow’s passage the Lord will speak life-changing words. That is tomorrow. For today the lesson is that He is there, that He is faithful, that it is in His hands.