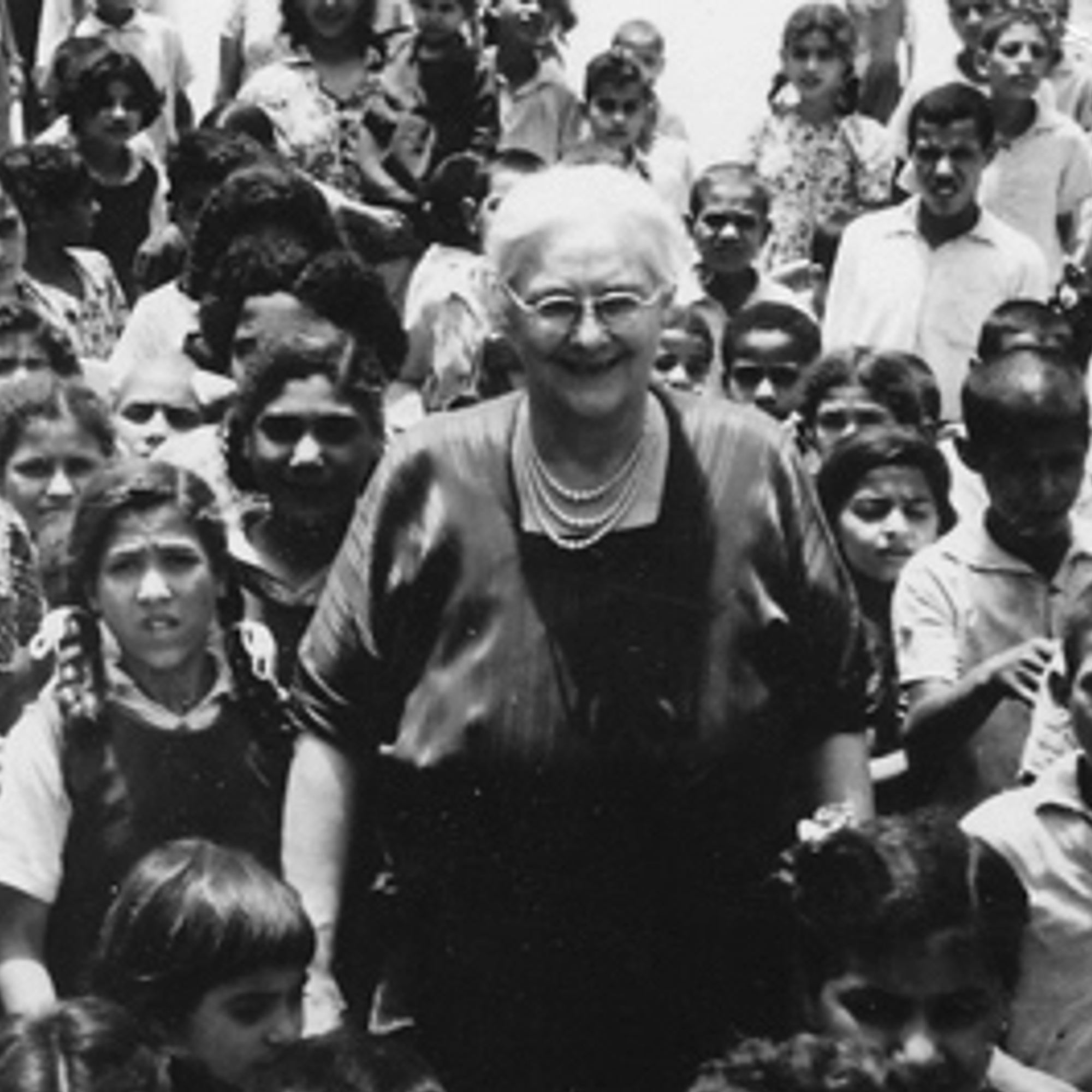 She Pursued The Purposes Of God

Lillian Trasher (1887-1961) was born in Florida. But having heard God’s call to Egypt, she founded an orphanage which, at one point, cared for 1,400 orphans! At that time it was the largest orphanage in the world.

“During her fifty-year ministry, 25,000 children came under her care. She faced endless challenges and problems. Her diary records day after day when there was no obvious source of money, food or clothing. Her work flourished despite epidemics of cholera and polio, fires, riots, two world wars and the challenge of being a Christian organisation in a Muslim-majority country. Yet Lillian pressed on, constantly bringing everything to God in prayer.”

Such was her testimony of faith in the living God, reflecting His love and care for so many, that a grateful but theologically blind Muslim village official once said of her, “I believe that when she dies, in spite of the fact that she is a woman and a Christian, God will take her directly to paradise.”

J. John quotes one unusual answer to prayer. “Perhaps the most remarkable answer to her prayers happened during the Second World War. Amid nationwide shortages, Lillian called for twenty-four hours of prayer and fasting. During this time, she had an urgent message to visit the American ambassador in Cairo. He explained that, with the fall of Greece to the Nazis, a Red Cross supply ship had returned to Alexandria where it had offloaded its cargo of food, blankets and children’s clothes.” The American ambassador wanted to know if Lillian could make use of the Red Cross cargo!

Lillian is a powerful example of Psalm 37:23-24. “The steps of a good man (and of course, woman) are ordered by the Lord, and He delights in his way. Though he fall, he shall not be utterly cast down; for the Lord upholds him with His hand.”

Some key moments from Lillian's life:

1. Lillian applied for a reporting job when in her teens, but the Lord prevented it. So she went to work at Faith Orphanage in North Carolina from 1908-1910. There it was that she found a love for children and learned how to care for them.

2. She became engaged to marry a pastor, but shortly before the wedding, she heard a missionary speak, and she knew she was called to Africa. Her intended husband rejected that call, so Lillian broke off the engagement ten days before the wedding.

3. Determined to go abroad but uncertain where, she met a pastor who had been working in Asyut, Egypt, 230 miles south of Cairo. She responded to that encounter and without any supporting mission or church, sailed to Egypt

4. A few months after she arrived in Asyut, a man came to the mission house seeking someone to attend to a dying woman nearby. Lillian went to see the woman, who died shortly after they arrived, but left behind a malnourished baby girl, clinging to life. When they arrived, their Arabic translator told Lillian that the old woman then holding the baby (the grandmother) planned to throw the child into the river Nile. At the thought of this Lillian Trasher could not leave the baby, whom she named Fareida.

5. Her action was greeted with disapproval by the mission director and she was ordered to take the baby back to the village. Lillian refused and instead rented a small house where she set up a home. Soon more orphans were brought to her. Some were due to the death of their mothers, but others had been rejected because they were the result of rape, immorality or prostitution. By the turn of 1918 her orphanage family had grown to fifty children and eight widows.

6. In 1919 she faced a setback. Britain expelled foreigners during a time of civil unrest. But while in the States, Lillian established a supportive relationship with the Assemblies of God, which brought help and support to her work, so that upon returning to Egypt, she was able to expand the mission to include widows and the blind.

Lillian Trasher worked for 50 years among Egypt's orphans and other forgotten people, from 1911 to 1961, without a furlough, including through the Nazi occupation during World War II.

The message of her life is that God wonderfully ordered the steps of His daughter – just as surely as He will order ours if we surrender to His purposes for our lives.