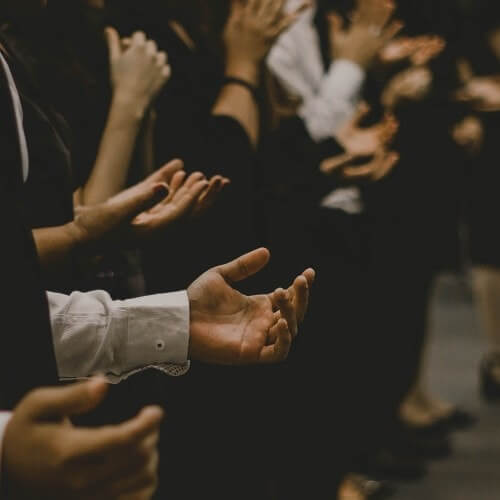 The Three Phases Of The Modern Church In China

Chen Jing, writing in ChinaSource, analysed the history of the Chinese church over the last 40 years in an article entitled “The Chinese Church In Transition”. Chen summarised: “In my view, from the end of the Cultural Revolution in 1976 to the present, the development of the Chinese church (primarily the house church) has gone through three phases.” It is helpful to review Chen’s historical analysis because the FieldPartner International (FPI) leadership has been involved in all of these three phases.

Phase 1: Resurrection and Revival (late 1970s to late 1990s).
“In the wake of the Cultural Revolution, the Chinese Communist Party took steps to re-install the policy of religious tolerance. The Chinese church not only came back to life, but also experienced widespread revival and growth. While the registered churches under the Three-Self Patriotic Movement were busy re-opening their sanctuaries, the unregistered house churches mushroomed especially in the countryside and among the lower classes.”

This was the period when FPI workers began to go into China and connect with brothers and sisters there, learning how best we might serve them. Chen states that  “the revivals that took place were largely spontaneous under local leadership, and resurgent and growing churches were indigenous and non-denominational.” Our task was to supply the newly growing churches with Bible teaching “as house church theological education was still in embryonic form, most of those in church leadership had very little formal theological education.”

Phase 2: The “Golden Age” of Church Growth (late 1990s to mid-2010s).
In this period “the center of gravity of the church’s growth increasingly shifted from the countryside to the cities… with an increasing number of upper-middle class people or elites joining the church… The tone or ethos of the church during these years was overwhelmingly upbeat and even triumphalist. During this more open season, FPI workers were involved in supplying significant amounts of Bibles and Bible teaching materials.

Phase 3: New Reality and New Possibilities (mid-2010s to present).
This period has seen “the authorities launching waves of crackdowns on the church and other religious communities. Authorities’ forcefully removed church crosses, shut down large urban house church sanctuaries, with unprecedented tightening of control over registered and unregistered churches alike, expulsion of a large number of foreign cross-cultural workers and the plateauing of church growth. To make things even worse, the pandemic has turned out to be very disruptive of church life… Internally the church faces no less serious challenges: raging theological divisions, the corrosive influence of materialism and consumerism and so on. A large number of foreign workers have left the field… Not surprisingly the mood has turned much more sober and even gloomy. Many church leaders and believers have begun to realise that the church’s vulnerability is being exposed.”

Chen adds that “as early as the years of Phase 1, some of the rural church network had already caught the vision of world mission. However, it was during Phase 2 that this vision almost became a consensus of the house church movement. Significant Chinese initiatives were made to join the global church in world evangelisation.” Even in the difficult third phase “the Chinese church is still determined to be part of the global mission movement.”

That is why the FieldPartner Team focuses so much energy on our online cross-cultural mission training schools, knowing that a core need of the church in this phase is to train those who are “still determined to be part of the global mission movement.” We know from experience that training may be the line between success and failure in this vision of the Chinese church to reach the world with the Gospel.