Published on January 15, 2020
Foundations
Foundations, Ross Paterson, Sermons
No comments yet. Feel free to leave one! 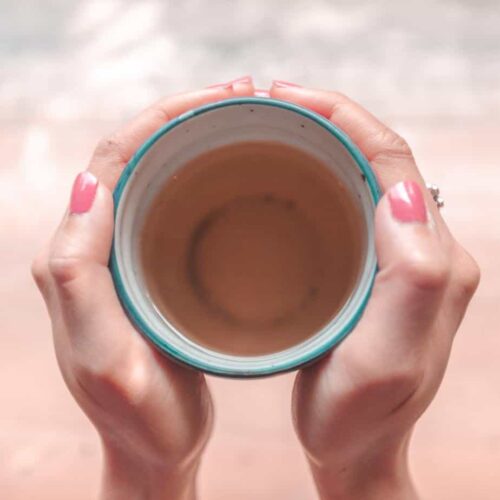 This is the final post in a 3-part series:

Ross Paterson here and this is the third and last talk that I’m going to do in the series that I’m doing on the quiet time, just a 10 minute sharing.

Again, as we always say, do connect with us, or comment below. We’d love to share with you, talk with you, get your feedback and so on.

Now, I started in the first one with these three questions; what is a quiet time? What does that have to do with cross cultural mission? What is the problem?

And again, let me focus, if I may, on that second question. I’m concerned that some people might say, you’re dealing with basic Christianity, we’re dealing with complex, cross cultural questions. We've created some, I think, quite good material on our website fieldpartner.org. But more and more, can I just be absolutely honest with you, more and more I come back to the basics, I come back to that basic that it’s about walking with the Lord and I’ll explain that later.

But this is not just basic Christianity, its core, cross cultural stuff. Ok, let’s move on. What I want to deal with, if I may, is the elements of a quiet time. If you’ve followed me through the first two, you know I’m trying to steer clear of any form of legalism or whatever. But a normal quiet time will have certain elements.

Number one, very simple, read the Bible. George Muller, that great, mighty man of God, who by faith, fed, cared for so many orphans in the Bristol area of England, this is what was said of him. For years when he came to his daily quiet time, he came with a sense of, “This is what I should do as a Christian, but I will be glad when it’s over.” So someone said, “Ok, what do you do in your quiet time?” He said, “I have a prayer list with me and begin to pray first for my friends and family, then for my own needs.” And a friend said, “Here, let me give you some advice. Try starting your quiet time by opening up the Scriptures, the Bible, and reading a few passages and see what happens.” And that’s what George Muller did. It’s strange because he was a mighty man of God, but he later admitted, “It was one of the greatest secrets that ever been imparted to me, it changed the whole atmosphere of my quiet time and brought a richness into it that is impossible to describe.”

What did he do? He started reading the Bible. Ok, now why?

I for many years have read Scripture Union materials, many of you won’t know who they are, and don’t worry about it. But do, if you want to know how a logical way to read the Bible, go to scriptureunion.org I imagine and they gave these six suggestions when I was first a Christian and that was well over 50 years ago. Number one, something about God.

As you read the Bible, be searching for something about God. See, the Bible is such a faithful description of who God is, who the Lord Jesus is and so on. You say the Holy Spirit tells me, actually it’s the Spirit and the Bible, the Word, not just the Spirit. The Spirit opens up the Word, yes, but he’s going to share things to us about the Lord.

Element number two of our quiet time, pray. And you say, “I don’t need to pray in my quiet time.” No, you don’t, but it’s a good time to pray, especially if you’re coming off the Word of God. Those that say they can live in a state of prayer without definite times of prayer. Those who say, “I just pray through the day, I don’t need definite times of prayer” will probably find themselves without both.

Dr E. Stanley Jones, one of the great saints, said this, “A diver too busy,” a diver, you know a guy who goes to the bottom of the sea, “A diver too busy to think about getting his line for air in working order before he descends to the depths,” a diver who doesn’t get his equipment ready to go, “will be no more foolish than a man or woman who descends into the stifling atmosphere of today’s world without getting their breathing apparatus of prayer connected with the pure air of the kingdom of God above.” So number two, pray.

“a rich devotional life involves communing with God in a relationship that is more than cerebral, just in the mind, it is passionate. Many Christians have a good mind and they think a lot; they read the Bible, understand it, believe it, appreciate it, but they lack that heart relationship with the Lord that involves the emotions and the feelings.”

Now, I have this thing and I don’t have time to go into it about 'grumpies and happies'. Happies worship easily, grumpies who are usually the more carrying the burden of the world in a legitimate sense find worship more difficult.

For that, God has invented YouTube. I often do that. My wife and I went into a Bethel, January 28th 2018 if you ever find it, worship session, it was a morning worship session and the people doing it, I have never heard of them, I have no idea who they were, they weren’t the Bethel superstars or the Hillsong superstars, but that set, if that’s the right word, that time of worship that they had was one of the best I’ve ever heard. Now, whoever you’re favourites are, it doesn’t really matter.

A friend of ours who is a missionary in Japan sent us links to a group I’d never heard of, who had lovely worship through the Psalms. So, spend time in worship. And finally, and maybe the most difficult, quiet listening. In other words, we’re not worshipping actively, we’re not praying, we’re not reading the Bible, what we’re doing is just listening to God, saying, “Lord, do you have anything to say to me? Lord, is there something, Spirit of God, that you want to share to me now?” Not a prophetic word for others probably, but something the Lord wants to say to you. Some relationship that needs to be put right, some whispering of His love to you.

Now, just a simple question from there, going on from there. When? Morning, evening, afternoon. That’s going to depend on our work patterns, on our life patterns, on what we do and how we do it.

But someone said this, “I have found that it’s best to have my time with God in the first hours of the morning, so that I can as someone has put it, wash my thinking, wash your thinking, in the thoughts of Christ before you face the challenges of the day.” To rush into the day without spending time with the Lord, that may be necessary if you’ve got children who are clamouring for breakfast. Let me drop in a naughty thing, well it’s not naughty but it’s a bit legalistic, but someone in my early, early days said, “if you want to go to heaven, go to bed before eleven.” In other words, some people say I just can’t get up in the morning. Key number one to that problem is when did you go to bed last night? If you want to go to heaven, go to bed before eleven. Doctrinally rubbish, it’s not in the Bible, but it’s a good guideline.

So, those are simple, simple things about the quiet time. Let me go back to Paul. The Apostle Paul said this, when he was saved in Acts 9, he met Jesus on the road, on the Damascus Road and I think there’s a really important order there. The first is the “who”, the second is the “what”. Not the pop group there, by the way. The who, “Lord who are you?” “I am Jesus.” Paul’s first encounter was with Jesus, a personal relationship with Jesus. Then the Lord said, “Go into the city and you’ll be told what you must do.” Now the “who” without the “what” is not good, because if we are walking with the Lord, He is going to prompt us in various directions of service.

But even more dangerous is the “what”, where we get busy with service, when there’s missionaries, we’re running around doing this, that and the other. “I don’t have time to spend with the Lord.” Let me tell you brother or sister, if you get that way for too long a time, you will become dry, dry up. You’ve got to keep the balance of the who and the what.

The who, that walk with Jesus is so important. And Paul again, finally, Paul in Philippians 3:10, “that I may know Him and the power of His resurrection, and the fellowship of His sufferings, being conformed to His death.” Now that’s a very, very odd statement if you think of it at face value. I’ve just talked about Paul’s incredible encounter in Acts 9, it’s actually mentioned twice more in Acts, but in Acts 9, “Who are you Lord?”

If Paul who pre-eminently was the cross cultural worker, who did more missionary journeys, with more success than you or I are ever going to do, if Paul said to the Philippian church, or anyone listening, my passion is to know Him, and I don’t have that, something is wrong. So the quiet time is in that sense a thermometer. Is there in that quiet time a passion to know Him more, if there’s not, there is a process that has started in my life that could be very dangerous. Ok, dear brothers and sisters, that’s it.

Let me close with prayer.