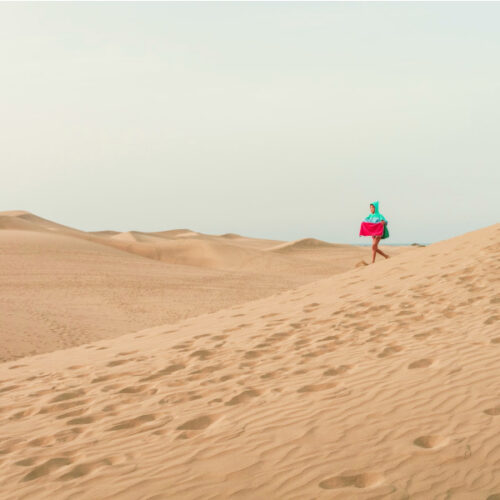 Who or What is a Third Culture Kid?

Who or what is a TCK?

A while ago, I met with a missionary family from a large Asian country working in the Middle East. They are a culture-blended family to begin with (both parents are from a Korean-Chinese background, and they speak both languages at home). On top of those cultures, they and their four kids have to navigate with two other languages and cultures outside of the home as well (Arabic and English). When they returned to their country as a family last year for a visit, the kids found they could no longer relate to their Korean Chinese grandparents, and that made both sides sad. This led, just shortly before I met them, to the eldest boy Ai Hua*, then aged 12, having a meltdown. Ai Hua finally managed to verbalise a tension he had been struggling with for a while: “Who am I and where do I belong?”

Little did Ai Hua know that this is very common feeling for so-called Third Culture Kids (TCKs), such as he is. The very definition of a TCK sums up this rootless and alienated feeling. TCKs are people who have spent a significant amount of time between the ages of about 1 and 18 in a culture other than their own. One thing is very clear – they don’t belong to their passport culture, because they don’t live there. But nor do they belong to their host culture (or a series of host cultures if their family moves a lot), because they both look and/or act and speak completely differently. So this sets up a strong feeling of not belonging anywhere – until or unless, that is, they can find a community of others who have similarly grown up inter-culturally like them. If they can, then those are the ones they form the third culture with – there is a feeling instantly of ‘getting’ or understanding one another and of belonging to one another in a unique way - a tribe of ‘global nomads’ (another term frequently used).

Not surprisingly, in the case of Ai Hua, he has decided for himself that he will speak English as his main language, though he speaks Arabic, and not Chinese or Korean, with his siblings! In addition, he wants to attend the international church, where he finds common identity with the youth. Sadly this is causing distance from his parents and what they are there to do, but they are trying their best to understand and to support him in finding a new identity for himself, rather than trying to force him back into a family and ministry identity that no longer fits him. Ai Hua is not alone. Many others are experiencing the exact same tensions, even if these are rather extreme in his case.

Looking back I can see myself in this scenario too. My siblings and I were all born in an itty-bitty place, a tiny dot on the map in the middle of Africa (Ngozi, Burundi is what it says on my passport!). Our parents were missionaries and we initially went to British system boarding schools across East Africa. However, the day eventually came when one by one we were sent ‘home’ to the UK to further our education. For me that happened at age 13 and I have, in all honesty, never in my life felt so alien and so disorientated as I did in the first week at my Welsh boarding school, which definitely didn’t feel in the slightest bit like home! So I guess it should be obvious, knowing what I now know, that the best friends I made there were also TCKs – probably struggling in similar ways to me, though we never specifically talked about it, to my recollection. It was just that we seemed to understand one another pretty much without words…

Only years later, when I attended a member care conference in Singapore and heard these things talked about for the very first time, did I finally find the vocabulary for describing my younger self and for understanding what I had actually been going through back then. It is this that fires my passion now to help parents understand the probable fallout for their kids from the decisions they make, and also to help the TCKs themselves understand that there can be some real positives for them in their culturally diverse backgrounds, if they learn how to look for them. At this stage in Ai Hua's life, I am willing to bet that he only sees the negatives in the disorientation he is experiencing. He most probably blames his parents for uprooting him from home back in Asia and forcing this disconnected lifestyle upon him. He likely even blames God – I know I did. But one day, with understanding from his parents and lashings of support from others, let’s pray that he can come through to a place where he can see the blessings of his intercultural background and help his siblings do the same.

Most TCKs I know are ‘wired’ with cultural intelligence, meaning that they have a sensitivity to other world views and mindsets that their monocultural peers simply do not have, or not to the same extent. This is not only a highly prized skill in the global marketplace, it is also a priceless ability in the humanitarian sector, when it comes to understanding what migrants and refugees are going through (for example).

We only need to turn the prism ever so slightly in order to see the rainbow of God’s goodness and providence in what He allows us to go through. Let’s pray this for our young friend and his brothers – and any other TCK we may know who needs a touch from God today.

Thought: Do you know someone with an intercultural background? Can you get them talking about their experiences in a way that can help them process what they went through?

Ruth Van Reken has been instrumental in the global conversation about TCKs, you can watch the interview we did with Ruth here.

This is a lovely reflection by Angie Washington on how cultural adaption is a step-by-step process. Read it here.

*Name has been changed