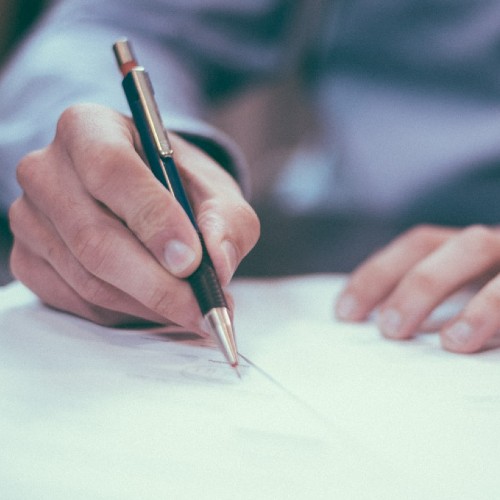 In our interview with our former co-worker in China, Bev Gigney, she shared a poignant story about losing a close friend from her sending church, who was nicknamed Bubbles. Of all her supporters, Bubbles was the one she was closest to; she was a faithful and dedicated intercessor. Bev testified that she could sense the difference when Bubbles was praying for her, which is such a special feeling! However, one day that feeling left her and she wondered why. She tried for a couple of weeks to get in touch with her friend. Eventually, Bev was speaking with another friend from church, who mentioned Bubbles’ upcoming funeral! This was the first Bev had heard of Bubble’s sudden death, and she was understandably distraught.

Not only did she have to deal with the loss of a close and valued friend, Bev was particularly hurt that nobody had thought to get in touch and let her know.

“It made me feel forgotten,” she confessed.

Obviously we all want to avoid situations like this. How should we go about it?

As the saying goes, if you aim at nothing you are sure to hit it! So, in this context, we clearly need to plan for success in keeping in touch or it simply won’t happen. Important news must somehow be shared, so that the fieldworker does not feel ‘forgotten’ as Bev did. The method of connection and its regularity will depend on the individual - the important thing is to have the conversation so both parties are aware of the need!

When separated for long periods, folk naturally drift apart and fall to the back of each other’s minds. Keeping up a relationship with people at home will require both parties to be intentional. Discuss how you will do this before you leave if possible. Regular slots in the diary may help you to remember to maintain this when things get busy.

Cover the bases – both the macro and the micro!

Macro news would include major changes that are taking place in the church of which those who are not there every week might be unaware. For instance, while we were away from our original sending church back in the 70s, a whole culture shift was taking place. When we left the emphasis was simple: prayer and evangelism were part of the culture of the church, and the blessing of those was evident. When we returned, we found a whole new emphasis on communal households and simple living, and what, to us, were the basics were not really practised any more. That shocked and disorientated us.

Another example would be a change in leadership. If a senior pastor is called elsewhere or simply moves on, the new leader logically has no relationship with the mission partners, and both sides need to make the effort to bridge that gap.

Even more difficult is a church split happening while the fieldworker is away. One couple we knew came back to find their supporters in different camps and some were no longer on speaking terms! That is hard to deal with in any event, but can be devastating, if faced with it on returning from the field.

I am not saying that being aware of these changes makes it easy to manage them, but it is infinitely harder if the returning mission partner is taken completely by surprise! Ideally it should be the leaders who communicate these issues clearly and sensitively – it should not be left to the disenchanted to communicate their gripes!

Micro news is easier but can also be forgotten, as Bev’s experience shows. With a bit of awareness and planning, not only one’s PACTeam but also fellow members of the congregation can take up the banner of being good communicators. It means so much to be informed about the good stuff, like who is getting married, having kids, graduating college, getting a promotion and so on  - as well as the sad news such as who has passed away. (Of course, these days with social media it is also possible to find these things out for oneself, but it makes a big difference if friends take the trouble to inform and reflect with the ones on the field.)

Like Bev, we also had the experience of suddenly losing a very dear and close friend, prayer supporter and helper during lockdown in 2021. But unlike Bev, we didn’t have to find that out by chance. We were informed in a carefully worded and sympathetic email by a kind friend, as soon as she herself knew that Jude had died, so unexpectedly. She then took it upon herself to inform us about the details, as well as sharing the funeral service with us. It didn’t make the loss any easier to bear, but we did feel tended to and included. Interestingly, the friend who shared the news was also formerly a field colleague, so she knew how important it was to communicate even such painful news directly with us!

Sad things do happen and, with the best will in the world, some gaps in communication also occur. We are not trying to say that there is a ‘magic bullet’ that somehow enables all well-intentioned supporters (or mission partners) to get it right every time. However, the way to do things better is to talk about the issues and be proactive in planning for better outcomes. That is our hope here.

For more on this theme and on how senders can create a “one-another culture”, see this article published by MissioNexus in March 2022.

Check out our On-Field Resource Map, displaying the journey from both field-worker and sending church perspective.

The Privilege of Being a Sending Church by Michael Prest