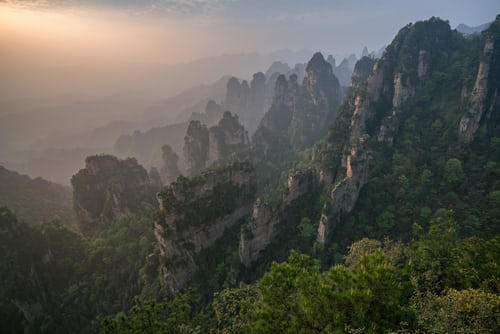 What Is The Lord Saying To The Chinese Church?

What Is The Lord Saying To The Chinese Church?

It is obvious to any who pray regularly for China that this is a difficult winter season for the church in China. There are two very harsh winds of suffering that our brothers and sisters in China face. The first is the impact of the coronavirus, especially on cities that are closed down, such as Wuhan or Wenzhou (at the time of writing) The second chill wind on the church is the intense crackdown by the Chinese authorities on the Christian church in China, one that has been continuing for several years, and has become even stricter in 2020. “In addition to widespread control of all community activities, the new measures in Febuary 2020 require religious personnel to support, promote and implement total submission to the Chinese Communist Party among all members of their communities.” (Professor Yang Fenggang, of Purdue University).

In an article entitled "Persecution: A Dangerous Opportunity For The Church In China?", Chen Jing (a pseudonym) sought to analyse what the Lord is saying in this difficult season. He says that a few years ago, when "Chinese churches were eager to learn from churches in the West and Korea, mega-churches in America and Korea became the dream, or model, for many urban churches in China.” It was argued that “the traditional house church model was increasingly no longer able to meet the needs of churches in 21st-century China.” Though some house church leaders "called the church to get out of the bubble of optimism and triumphalism and to prepare for an imminent crackdown from the government by dividing large congregations into smaller ones", they were generally, if not ignored, at least not heard.

But the current pressures have encouraged some leaders to "explore a truly genuine, sustainable, Chinese church model." One possible version of that would be the “tuan dui” (团队), "which is neither a large, single mega-congregation nor a denomination, but rather a web or family of many smaller house churches. This is a genuinely indigenous Chinese phenomenon.” Amongst house churches forced by persecution from the Chinese authorities to divide into smaller congregations, there is "a growing appreciation of the early church’s emphasis on discipleship rather than numbers and size." Thus "some Chinese church leaders are calling for the development of indigenous cell group theory and practice in their unique social context.”

Chen Jing also emphasises another requirement, which he regards as extremely significant: “The Chinese church’s re-appreciation or recovery of the Chinese house church trademark spirit of suffering and bearing the cross for Christ." The "triumphal spirit and complacent attitude" of recent years will be replaced by a "witness for Christ with humility, servanthood and sacrifice." Tellingly, Chen emphasises that "as Chinese churches are joining global missions, they need to bring this spirit with them.”

Chen writes "we should show our solidarity with the Chinese church in their resistance and protest against and just pressure and crack-downs.” Ask the Lord to show you how He would have you follow that injunction, beginning especially with urgent prayer.