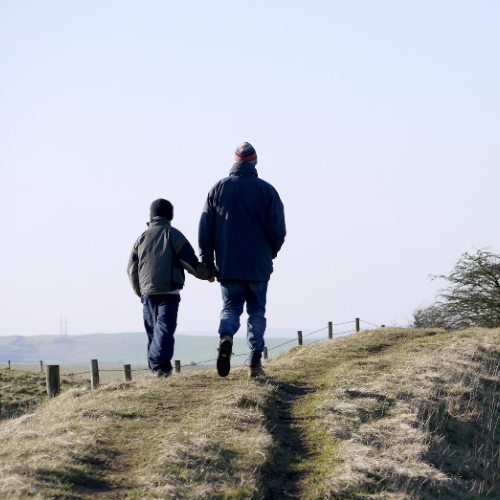 What should Christian discipleship mean to us?

What is a disciple?

In reading the gospels, we first meet the word ‘disciple’ when Jesus selects twelve men (commissioned as apostles, which means ‘sent ones’) to be with Him and to go out to teach, heal and cast out demons (Mark 3, Matt 10, Luke 6). In other words, they joined Him on His mission.

They lived and worked with Him for three years, following His lead in everything. They went where He went, slept where He slept, which probably involved some hardship (“the son of man has nowhere to lay His head!”), observed His habits, ate the same food, watched Him in action from dawn to dusk. During that time, Jesus both taught them and modelled how life in His Kingdom looked. What a privilege! At the end of that time, when they had been through the trauma of His death and the death of their personal dreams, followed by His resurrection and all that meant, Jesus then sent them out to do as He had done. They too were to make disciples and teach them “everything I have commanded you”, which probably meant modelling the lifestyle as thoroughly as Jesus had done for them.

The apostle Paul certainly acted that way – he thought nothing of saying, “imitate me as I imitate Christ”. So this was more than just mentoring (though mentoring is good)! You could say the process was not complete until their new disciples were discipling others in their turn. That was how new converts were to grow into maturity. And so we get the famous verse in 2 Tim 2:2 where four generations of believers are mentioned (see if you can work that out!)

“And the things you have heard me say in the presence of many witnesses entrust to reliable people who will also be qualified to teach others.”

'No Man is an Island

I wonder if you feel that you have been discipled in that way in your life since coming to faith? And are you aware of people who are discipling others in this manner? I’d be surprised if that were the experience for most – certainly, I know it was not so for me. I had been raised to believe but had also rebelled quite radically. Yet, when I finally surrendered my life to Jesus, it was just assumed that I knew it all, and so I was pushed into the role of a mature Christian, when in reality, I was just starting out.

I don’t think that did me any favours. In the West, at least, individualists as we are, it seems to me that we don’t do authentic discipleship anymore (maybe we are scared off by the, sadly frequent, cases of leaders who have abused their power in the past!). So the process now seems to be that we come to believe in Jesus (either through a group setting or on our own) and then we might get some extra teaching in a group and then we just join the church. After that it’s anyone’s guess if we are truly maturing in our faith. It’s all between us and God!

Unsurprisingly then, we find it difficult to be sure of the essentials of our faith enough to share them with others. On the rare occasion when we do see someone come to faith, it is equally hard to guide them into a mature grasp of the truths of faith for themselves, in turn leaving them in a similar position to us.

I believe it is time to change this. As mentioned above, we are seeing some progress through the practice of older Christians ‘mentoring‘ younger ones, and that is very valuable. Maybe that is where we need to start – receiving mentoring from some who are older and more mature in the faith than us and then giving that out to others who are younger and less mature than we are. There is beauty in ‘doing life together’ in this way and modelling the life of faith to others, including those who don’t yet know Jesus at all.

I was reading recently in the All Nations ‘Explore’ course, which I am currently tutoring for, that Matthew’s gospel is considered by many to be an Early Church discipleship manual, and that the Great Commission in Matt 28 is the climax of the whole thing. Before that, though, there are three other very important stages.

And so I say it again, how many of us have been discipled ourselves and how many of us, lacking that input, are unable to rise to the challenge presented by the Great Commission?

We have even lost our nerve about sharing the gospel in our own cultures; far less do we then know how to cross-cultural boundaries to share this good news. God help us to see this situation change.

Do you have any thoughts about this issue? Can we start a conversation about what it could look like if we started taking the need for true discipleship seriously? Comment your thoughts below.

'A Letter From an Emerging Leader' from healthyleaders.com

2 comments on “What should Christian discipleship mean to us?”