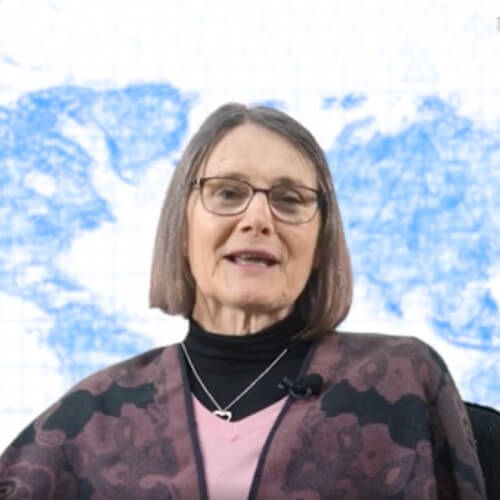 Why it's Important to Know Your Call | Calling Part 2

Other Videos on Calling

In this video, lifelong cross-cultural worker Christine Paterson explains why it is important to know your call. It will also cover what holds us back from hearing God’s call and what brings us to a place of willingness to hear it.

Why is it important to know our call?

“We are his workmanship, created in Christ Jesus for good works, which God prepared beforehand that we should walk in them”. Eph 2:10

Looking at these two verses, isn’t it amazing to think that God, who knew us before all time, already knows what He wants us to do with our lives? Isn’t that worth exploring? And again, if His gifts and His calling are irrevocable, He’s not going to change His mind as to whether you’re suitable or not. He knows already what you are like!

This means that finding out what His calling is should be a most exciting quest – He has designed me a certain way, and the most fulfilling life I can live is according to that design.

What can hold us back from hearing our call?

The issue of our calling is one of the greatest battlegrounds of our spiritual lives. We read in 2 Corinthians 4:4;

“Satan, who is the god of this world, has blinded the minds of those who don’t believe. They are unable to see the glorious light of the Good News. They don’t understand this message about the glory of Christ, who is the exact likeness of God.”

Once we have believed that message and come to faith in Jesus, I think satan’s next great goal is to prevent us from embracing the special calling that God has for our lives. He may try and following tactics:

Anything to stop us from getting quiet and serious with God to find out what those “gifts” and that “calling” for our lives truly are. And if he can’t do that, he will make us doubt God’s goodness and be fearful of the cost of following Him.

And what does God do meanwhile? I think He uses all those tactics the enemy employs against us quietly to bring us to the end of ourselves. He allows disillusionment, and pressure and pain, and even fear or doubt, to bring us to a place of letting go – that is, surrender, as we heard about in part 1.

When we want our lives to count for His kingdom more than we want the trappings of worldly success, that is when we are finally willing to ask what He wants for our lives. He is the Lord of the Harvest, Jesus said, yet He won’t override our will. But if we surrender to Him and yield to His will, then He will deploy us where He needs us most.

Surrender means giving up the right to choose our destiny for ourselves, but it also sets us up for a life of faith and adventure, regardless of whether our call is to a far-flung destination or remaining at home.

Testimonies in the area of surrendering our calling to God

It has been my privilege over recent months to do interviews with all sorts of people who are now working, or have worked, in cross-cultural missions. Each time I have asked a question about how they received their call. Of course, each story is unique and individual. But there are similar elements in each story, and surrender is one of them.

Two very effective people I have interviewed, who have gone on to do fantastic work for the Lord, used near-identical words when describing their commitment to Jesus at that point of surrender: “I will go wherever you want me to go and I will do whatever you want me to do. Just make it clear!” In one instance, the answer was almost instantaneous, in the other, it became clear over time, but the starting point in each case was clear. They were giving God absolute sovereignty over their lives to choose where He sent them and how He would use them.

The same thing was true for Ross. In his case, the issue of surrender was over a girlfriend and knowing that she was not helping him to follow the Lord. Once that was sorted and he was filled with the Spirit, he has often said that it was like his life was a ‘blank sheet of paper’ given to the Lord to write on. And in following incidents in hospital he mentioned, just a few weeks later, it was like the Lord wrote one word on that paper: ‘CHINA’! I can testify that he has been true to that calling all the time that I have known him, that is over five decades.

In my case, my marriage to Ross nearly didn’t happen because I could not tell him that I was definitely called to China. That was after I had already waited for him for three years (and in the end, it would be six years of ongoing surrender before we were married!) It felt very unfair that he was walking away for that reason. Now I didn’t see how I could even trust my motives to hear a call to China! I complained to God: “Lord if you want us together, you will have to change his mind. I can’t look for a call to China now! He needs to see that it is enough for me to be called to be his wife. I am willing to say the same as Ruth to Naomi:

But in the end, receiving my own call to China was surprisingly simple. I was invited to attend a meeting where the speaker was Brother Andrew, founder of Open Doors ministry. (Previously, I had only ever heard Brother Andrew speak about the church behind the Iron Curtain – this was the 1970s). But this one time his topic was the persecuted church in China. At the end of his message, he called for people to come to the front, if and only if they felt the Lord was calling them to serve the people and the nation of China. I found myself thinking: If I had never heard of Ross Paterson, would I believe that God was calling me to China right now? The answer was yes, so I went to the front…

Our calling will sustain us when the going gets tough - which it will!

You know what, though? Ross was right! He knew that I would need more than a call to be his wife under the pressures of life on the mission field. He had seen missionary careers derailed because the wife didn’t have the same sense of calling as the husband. And Ross also knew that there would be times when I would need to be able to say, “God, you called me into this, so you have got to help me”! You see, all of us, as believers, are involved in spiritual warfare, and a missionary call takes you right to the front line of that warfare. You don’t want to be there if it’s just your own idea rather than God’s.

Laying aside our personal desires

God obviously knew what He was doing when He hooked my heart in this way. When I went up to university as a new believer, having been raised on the mission field in Africa, all I wanted was a “normal life”, a nice home and family and a good career. But that wasn’t His plan for my life!

There is nothing wrong with wanting those things, but if, as believers, they are our dominant goal, they can be the enemy of God’s best for our lives. Even if His plan is for you to remain in your own nation (in the ‘Jerusalem or Judea’ spheres from Acts 1:8), your calling may be very different from everybody else’s ‘normal life’. He may still want you to surrender your ambitions, goals and dreams, just so that He can trust you to be His man or woman in a place of great influence in your community or the nation.

So what I am saying is: for all of us, receiving a calling from God starts in the place of surrender and yielding up our rights to self-determination. The personal coaches and others who want people to ‘believe in themselves’ are right – there is something unique about you that only you can contribute to the world. But if it is to be of eternal significance, it must first be surrendered to God and yielded to Him to use in His service.

There is a wonderful Hebrew word I have been meditating on in recent weeks. It is the word “Hinneni”, meaning “Here I am”. You find it many times in the Old Testament when God called someone’s name (such as Abraham, Jacob, Samuel and others) – they respond with one word in each case: “Hinneni” – here I am. It’s a beautiful picture to me of how responsive we need to be when God calls.

To close, I’d like to point to one of the most famous examples -  Isaiah 6. Isaiah had a vision of God’s throne and His holiness which led to a deep sense of unworthiness and the sinfulness of him and his people. In the vision, an angel touched his lips with a hot coal from the altar as a sign of cleansing and atonement. And then he heard the voice of the Lord saying, “Whom shall I send? And who will go for us?” Isaiah’s response? He said “Hinneni – here I am. Send me.”

Of course, we never stop needing to yield to His prompting. I pray, whoever we are and whatever our calling is, that we would, like Isaiah, be responsive to the Lord’s call. Here I am. Send me!

Question To Reflect On